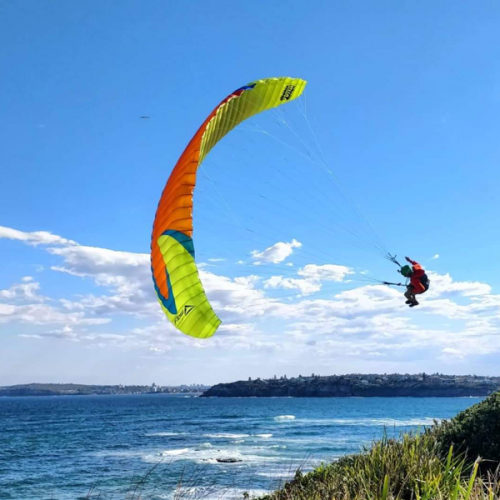 The Yoti2 is more fun!

A refinement from the original Yoti. A new profile combined with new risers and a new plan shape with tweaks on cell tensioning gave the Yoti2 higher stability at lower angles of attack. The awesome handling the original Yoti is known for, remains the same.

The Yoti2 is a mini paraglider designed for the most demanding and challenging air, its compact handling and playful characteristics will make you feel comfortable soaring in strong winds above cliffs on the coast or launching in tricky mountaintops after a good hike.

Its shark nose profile and tensioning have been carefully engineered to provide the best combination of collapse resistance, pitch stability and comfort in flight. The risers are equipped with both trimmers and speed system. This combo will give you the option to tune the behavior of your glider to suit your style.

A reflex profile can be activated by releasing the trim tabs, which will make the glider dive deeper in turns and it will, therefore, increase even further the collapse resistance in extreme conditions. The Speed System is another accessory that can come handy if a situation where the glide on speed is needed.

With slightly longer lines Yoti’s handling is very playful yet precise. Wing overs, sweeping turns or even thermalling, you can do it all with this little glider without having the need to “adapt” to the mini wing feel as Yoti2’s handling is exactly the same as a normal paraglider.

The fun factor was the key element on the design philosophy of the Yoti2, we hope you have as much fun as we have when flying this beautiful glider. 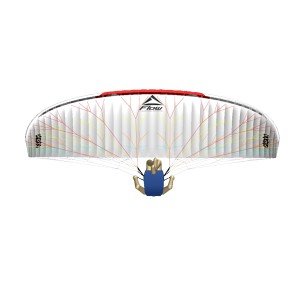 Line optimisation reflecting drag reduction and ease of use. All lines are colour coded. 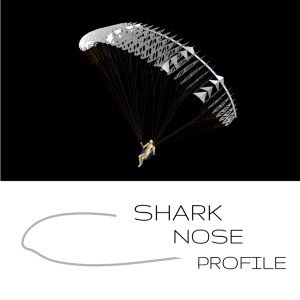 Enhanced stability, improved passive safety, better performance and easier launch characteristics are some of the qualities of our Shark Nose Profile. 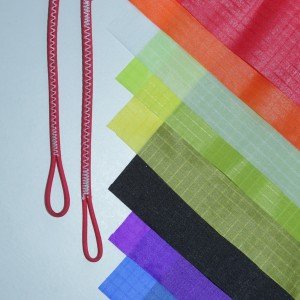 Combining the best selection of materials available, we know the Yoti will offer the best relationship between weight and lifetime. 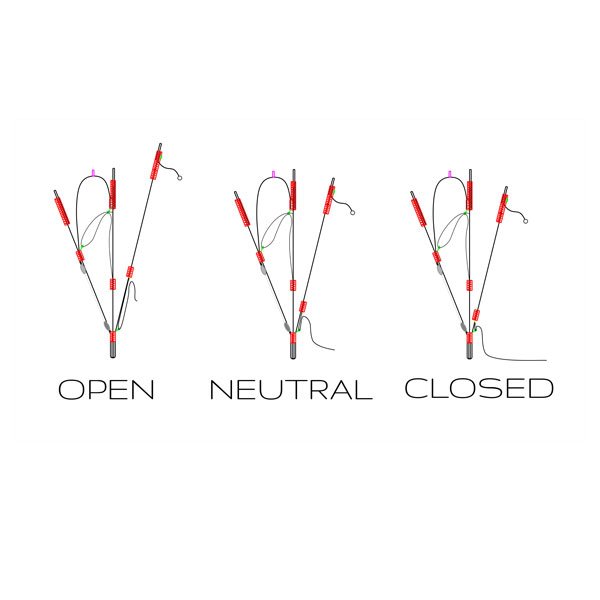 The Yoti2 is built with specially engineered risers where a combination of both trimmers and a speed system can be used separately or combined.

The Speed System can be used in a situation where the combination of extra speed and glide angle is needed. For example, Gliding past sinking air while on XC or gliding to a faraway LZ after the wind has picked up.

Trimmers are an important tool and can be used to adjust and tune the behaviour of the glider to suit the day or the flying style. Opening the trimmers will create a semi reflex on the profile, resulting in the glider to fly faster but with a worse glide angle. The benefit of the reflex is the stability at speed, the glider will gain better pitch stability and the resistance against collapses will also improve.

With the trimmers open the Yoti2 will dive even deeper in turns and if you want to follow the contours of the terrains or carve in skies with sweeping turns, this is the right configuration.

We recommend all thermic flying to be flown with trimmers on neutral, as it is the most optimal setup in terms of speed/glide/sink rate/sweet handling.

Due to the combination of both a shark nose and a thick profile, Yoti2’s brake travel is quite long and there will be plenty of warning before she stalls. She is small and usually flown heavily loaded so be careful when flying her and remember she is a mini wing.

The configuration of fully open trimmers combined with and full speed bar is possible on the Yoti2. Under this configuration is where you can get the max speed out the Yoti2 but only use in an extreme scenario where you need the extra speed.