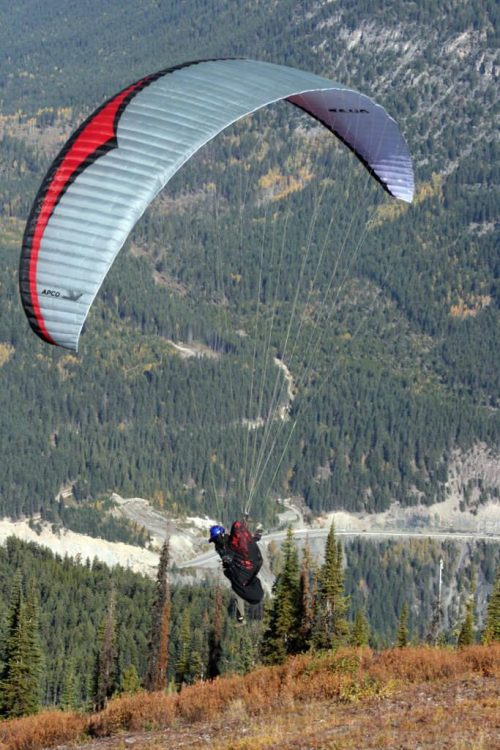 APCO as policy, did not launch competition gliders for almost a decade, concentrating instead on so called “normal gliders”.
Having a top class reputation built on such world beating paragliders like Bagheera, Astra, Xtra and Tigra, reentry into competition scene obligated us to bring a glider which must exceed your most optimistic expectations.

Over the past 2 years, we invested a significant effort in developing a new generation of FAI Class 1 Competition wing named ENIGMA and in parallel developing a new high end EN-D Class wing. ENIGMA was introduced just before Paragliding World Championship 2011 in Spain. Unfortunately, the FAI Class 1 wings were banned following the events at the Championship, making ENIGMA obsolete.
But the effort invested into developing ENIGMA was not wasted and experience gained fully implemented into our latest creation – ZEFIRA.
The ZEFIRA, based on ENIGMA revolutionary technology, was conceived as a high end wing, capable of competing with any certified wing.
Our mission with ZEFIRA was to maximize the performance making it competitive with EN-D Class certified wings on the scene at that time.
Having this in mind, we did not neglect the true performance, but kept the stability, handling and safety of ZEFIRA comfortably manageable.

The glider is made from tear resistant Ripstop Nylon cloth, which is P.U. coated to zero porosity and then siliconized to give the fabric high resistance to the elements. Different cloth is used for the top, bottom and ribs due to their different functions.

The lines are made of superaramid covered with a polyester sheath for protection against UV, wear and abrasion. The bottom section of the brake lines is made of polyester because of its better mechanical properties. The karabiners that attach the lines to the risers are made of stainless steel.